Your Heart. Your Team. Your TCA.

My mission is to provide world-class care, and to improve the lives of my patients. At Texas Cardiac Arrhythmia we have the expertise and cutting-edge technology to achieve the best outcomes for our patients. 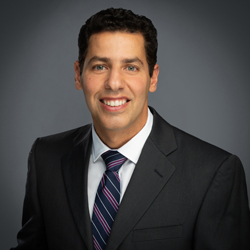 Dr. Bassiouny is trained in all aspects of clinical cardiac electrophysiology including catheter ablation of complex arrhythmias, placement of left atrial occlusion devices, and implantation and extraction of cardiac pacemakers and defibrillators. His areas of interest include ablation of atrial fibrillation as well as endocardial and epicardial ablation of ventricular tachycardia.

Dr. Bassiouny earned his medical degree with honors from Cairo University. After the completion of his residency in Egypt, he joined the Cairo University Hospital as an attending physician. Dr. Bassiouny came to the United States to complete his Clinical Cardiac Electrophysiology fellowship at the Cleveland Clinic Foundation. This led to a decade of additional training and research within the Cleveland Clinic which included a second residency, a cardiovascular fellowship, and an additional year of electrophysiology fellowship.

“As a Physician, I have a responsibility to my patients as well as to the field of medicine. While research and publications are an essential part of evolving the field of Electrophysiology, I am humbled by the privilege of using my education and skills to better the quality of life and longevity of my patients.”